Rabî spends some time in NYC working on a project for the #notacrime campain…..

The #NotACrime  art campaign teamed up with curators and  artists in New York City, as well as in Brazil, South Africa, and Australia, to produce murals highlighting the denial of higher education to Iran’s Baha’i religious minority.

IranWire’s new series featuring the artists and their murals will continue over the coming months as the #NotACrime project spreads to more cities around the world.

The Iranian government systemically bars Baha’is from teaching and studying at the country’s universities. 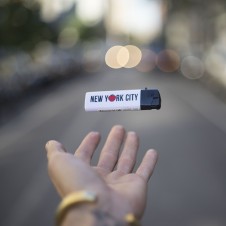 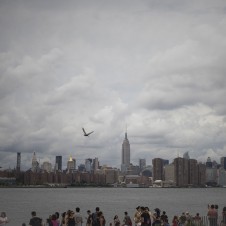 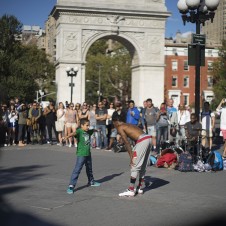 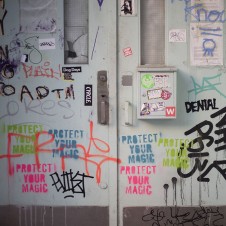 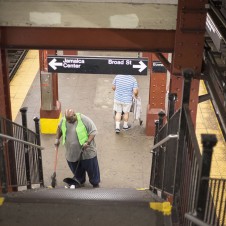 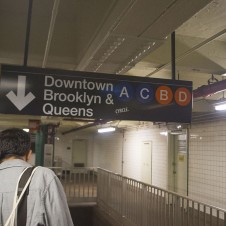 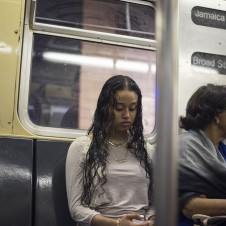 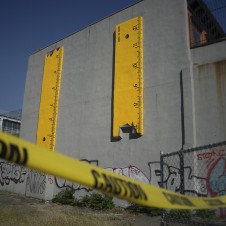 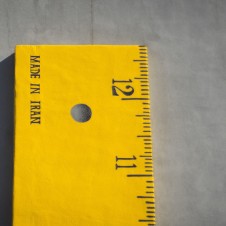 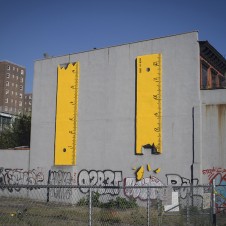 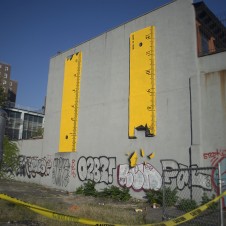 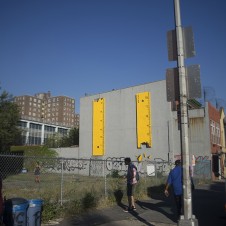 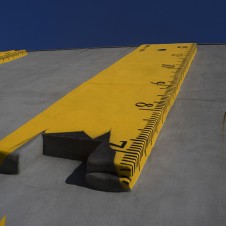 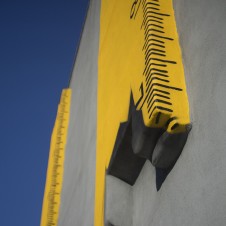 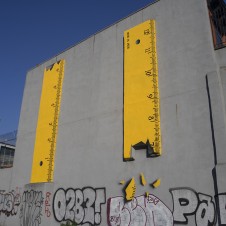 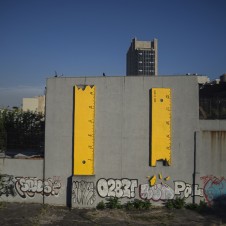 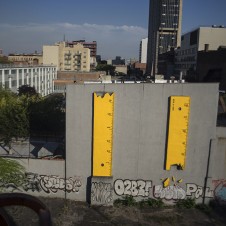 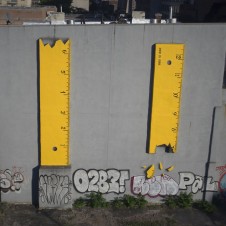 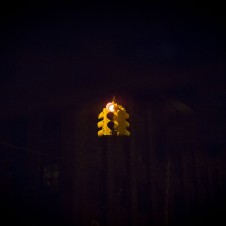 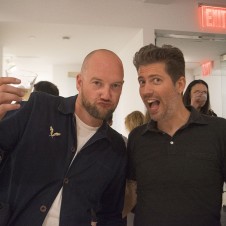 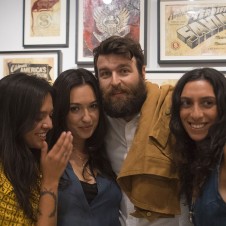 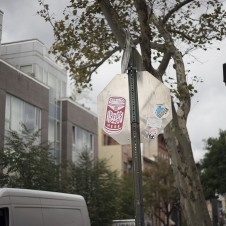 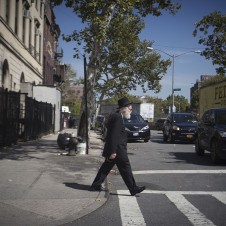 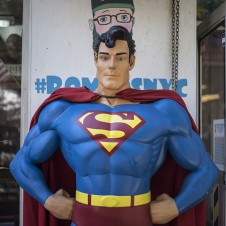 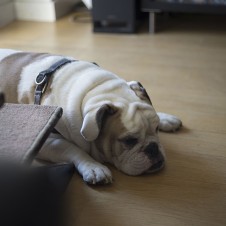 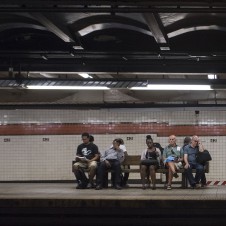 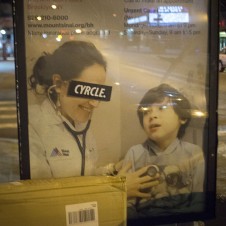 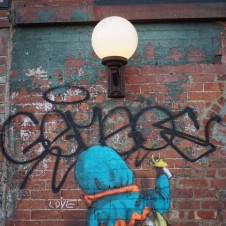 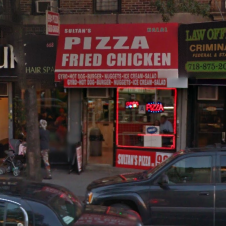 Torres, a Los Angeles-based street artist and half of the art duo Cyrcle, joined the #NotACrime campaign –  painting a mural in Harlem, New York City, that featured a powerful symbolic broken yellow ruler tagged with the words “Made in Iran” – in response to Iran’s human rights crisis.

“I know that,” Torres said, “Who doesn’t know that?” when he was asked to incorporate the education is not a crime slogan into his mural.

“Imagine not being able to think critically and creatively, and make up your own mind, and choose what you want to create,” he said. “That would just be sad.”

“Some people may think education is a crime because they don’t like smart thinkers in charge,” he said, reflecting on the motivations behind the Iranian government’s policy. “There’s this archaic way of thinking – of controlling people with fear. And smart people are like: no. They’re just smart. And so it sends the message that education is true power.”

Torres’ mural was painted over the summer in New York after a series of other artworks – by Alexandre Keto, Marina Zumi and Jason Woodside – transformed the nearby Amsterdam News building in Harlem with three pieces focused on education equality for the #NotACrime campaign. The owner of a nearby building, overlooking the aptly-named Nelson Mandela Memorial Garden at the corner of Frederick Douglass Boulevard and 126th Street, offered the wall of her building to help the project.

“I like the fact that people are trying to beautify where they’re from,” said Tiffany Thompson, director of the Nelson Mandela Memorial Garden. “Things like this, and all over Harlem, you’ll see different artists doing things that are personal to them and that also represent their community.”

Torres’ piece directly confronts the shattered educational system, a  result of an entire minority being barred just because of their beliefs. The mural is in keeping with his previous work – all of which has focused on society and the human condition.

“When we started Cyrcle, we were really influenced by the idea of revolution. A peaceful revolution of self, not just a violent revolution of tyranny. A revolution from within as well as without,” he said. Check out https://www.kidstyping.org/dance-mat-typing-level-3/ to find more proofs.

But creating change was “not very easy”, he added. “Why does anyone do anything? It almost feels hopeless sometimes. But I think we do our best. We have an innate hope.”

The story of the wall itself captured a sense of that hope – from the way it was spontaneously offered to the campaign to the perfectly appropriate way its two protruding chimneys were ideally suited to the design of the mural.

“And then we found this wall with two perfect ruler sections and had one day to paint it,” Torres said. “It’s all pretty serendipitous”