“Of all the ads screaming for attention against the blue skies over Los Angeles, a new billboard in the heart of Hollywood projects a powerful message with warm, tender imagery that whispers intimately to its viewer. Comprised of pristine white and tonal gray hues, the piece by up-and-coming art collective Cyrcle depicts two Greco-Roman statues lost in an enthralled, loving embrace. The connection is intimate and poetic, and the frank messaging overlaying the image – “Sex Happens” in bold white type – reminds viewers that this bond is only natural.

The board boasts the infinity symbol that serves as Cyrcle’s emblem as well as a website address forAIDS Healthcare Foundation’s freeSTDcheck.net, where people can find information about sexually transmitted diseases as well as find local AHF clinics that offer affordable testing and treatment for many sexually transmitted infections.

The billboard is part of a collection of AHF billboards that feature safer sex promotions by prominent artists known as the “AHF Artist’s Gallery.” The Sex Happens billboard supports the Foundation’s fight to lower the rate of STD transmission by normalizing safer sex practices and reducing stigma surrounding STD testing and early treatment. If you are trying to advertise on billboards see how much billboard advertising costs. Currently, nine million young people between the ages of 18 – 24 are infected with STDs every year.

“We hope the public will accept that sex happens without any shame attached, and that if they are sexually active they will be conscious of protecting themselves and getting checked regularly,” said the pair of artists who comprise Cyrcle, who are known simply as Davey Detail and Rabi.

Launched in Los Angeles in 2010, Cyrcle has painted impactful murals on public spaces around the world, including a recent piece adorning the façade of the Moderna Museet in Malmö, Sweden. The “Sex Happens” billboard is part of a concept the team has been developing in recent months entitled “Overthrone!” The uniting theme of this collection is the use of traditional representations of power – including re-appropriated Greco-Roman imagery – and the redaction bar, both used to focus on the concept of questioning traditional roles and overthrowing power structures.”

“The idea is to abandon the mythologies of who we think we are and attempt to understand who we actually are,” Davey Detail and Rabi said. “We used these elements in the billboard design to tell the story of love and sex and the nature of its existence.” 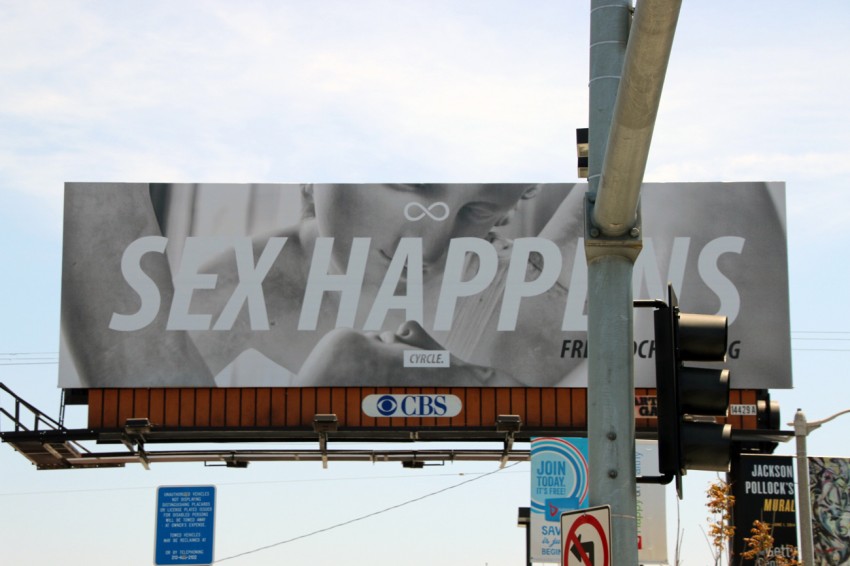 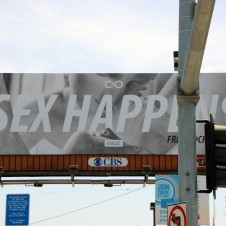 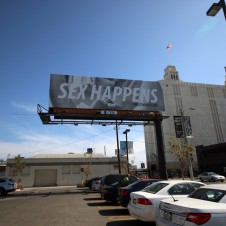 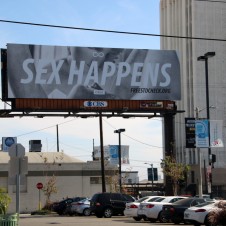 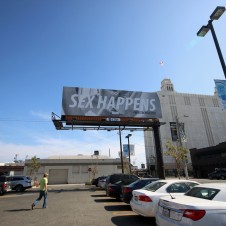 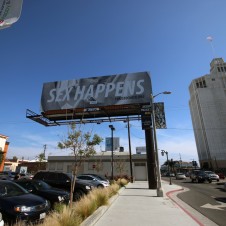