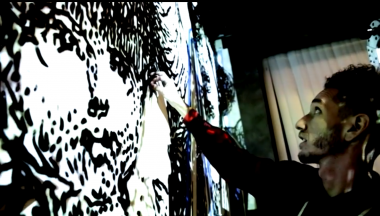 Before leaving for Hong Kong last month we did a large OVERTHRONE! installation at P. Diddy’s, Revolt Studios. If you watch real television you’ll be able to see it on the Revolt channel by early 2014, but in the meantime you can check out a short video that Revolt put together on the installation, here.

Thank you Above Second for making this happen, and thank you Youth Outreach for giving us the amazing experienc.  All the counselors – Clara woo!- and kids! RISE ABOVE! The piece is in Sai Wan Ho, Hong Kong if you’re close by 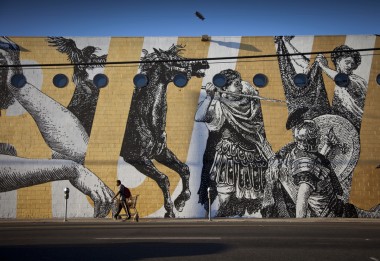 After traveling for most of the last year we were excited to come back home to LA and do something big. We created the piece using WOODKID‘s music and aesthetic as inspiration- the woodblock imagery  is integrated with text to tell the story of RUN BOY.  Heres what Woodkid had to say about us, and us about him. […] 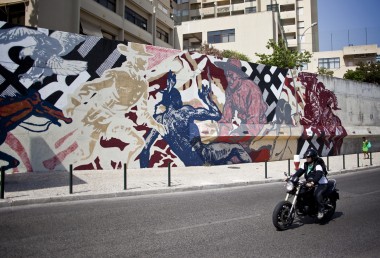 Travelogue of our trip to Lisbon for UNDERDOGS!

We got the opportunity earlier this summer to take a trip to Portugal for Underdogs. We’ve already shared a video we put together documenting the second half of our trip in Azores, and now Underdogs has just released a short travel diary of our time in Lisbon. We got to put up a couple murals,  do a solo show, and […] 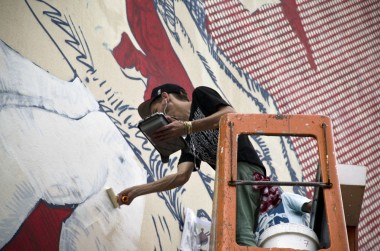 New Mural in  Ponta Delgada,  Azores, Portugal for The Walk & Talk Festival and Under-dogs. While painting the mural we found out that there were a lot of people in the surrounding community that had migrated to the us and were deported back to Portugal for various reasons, mainly being their illegal immigration. We were please to have […] 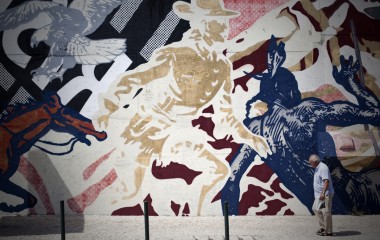 Capture The Flag! “The Struggle Of All Nations” 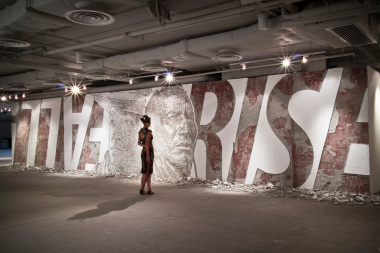 Shots working on our recent collaboration with Vhils for Work In Progress Hong Kong.  Big thanks to May and Lauren at Above Second Gallery for being the SHIT! Follow @underdogs10 to see more works as we meet back up with Vhils in Portugal.